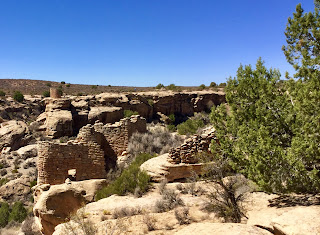 The destination now is Canyonlands National Park, but on the way we see the opportunity to visit  yet another part of the Canyons of the Ancients.  The land encompassing the national monument is huge (176,000 acres) and has been inhabited by people for 10,000 years!  The ruins here occupy 76,000 sites, but we'll stop by to see two.  Hovenweep (means "deserted valley") is an amazing collection of buildings in a shallow valley -  and, well, a beautiful place.  It is hot - in the 90s, but the hike is easy. 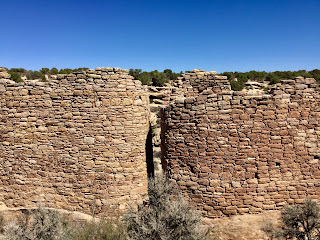 The masonry here is as beautiful as in the cliff dwellings in Mesa Verde.  Some buildings have perfectly square corners on one side and beautifully rounded turns on the other, a D shaped building.

It is thought that these buildings date from about 1200-1300.  They may represent building styles and skills shared across the miles.

I guess I remain ready to be surprised by the all that was accomplished here - and by the size of the civilization because I wasn't paying attention when this ancient history was taught in school?  One of the rangers mentions that in the Four Corners region the population exceeded (2x) that of London in the 10th - 11th centuries.

Here at Hovenweep there are buildings standing as they were constructed along the curve of massive boulders and still hanging on 700 years later. 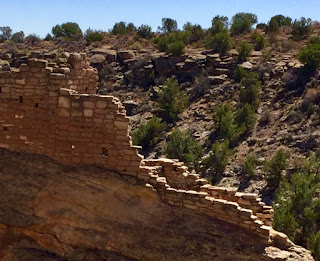 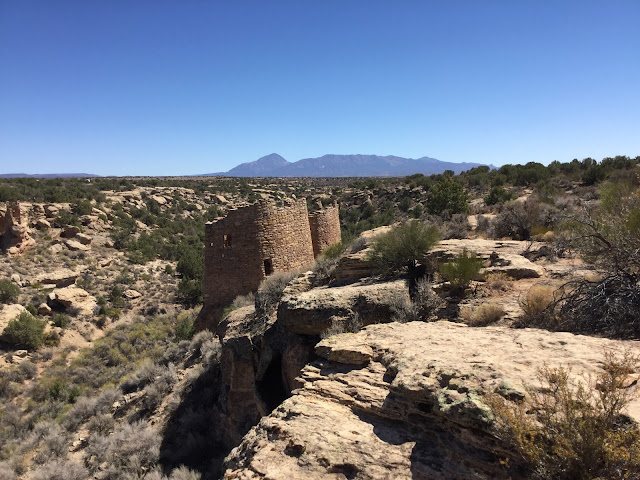 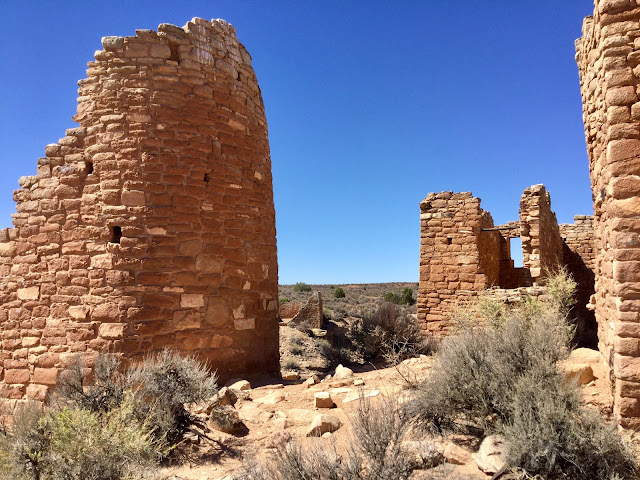 As we head north to see the Lowry Ruins we notice that several of the back roads are marked closed with a red danger warning sign.  The ranger tells us only that it involves a "threat to personal safety."

But it seems so very peaceful out here in the desert.

At the Lowry site we are happy to find that we can enter one of the big kivas and descend in to peek through the doorways.  Now this is a peaceful place.  Another kiva is open to the air though it once must have been similarly enclosed.  The uses/meaning of the stones in the floor aren't explained.  Any guesses? 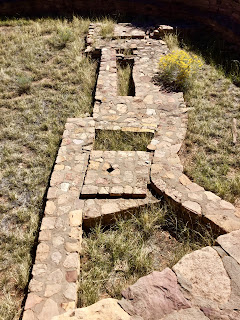 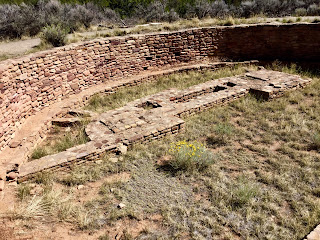 Posted by Linda Williams at 2:48 PM